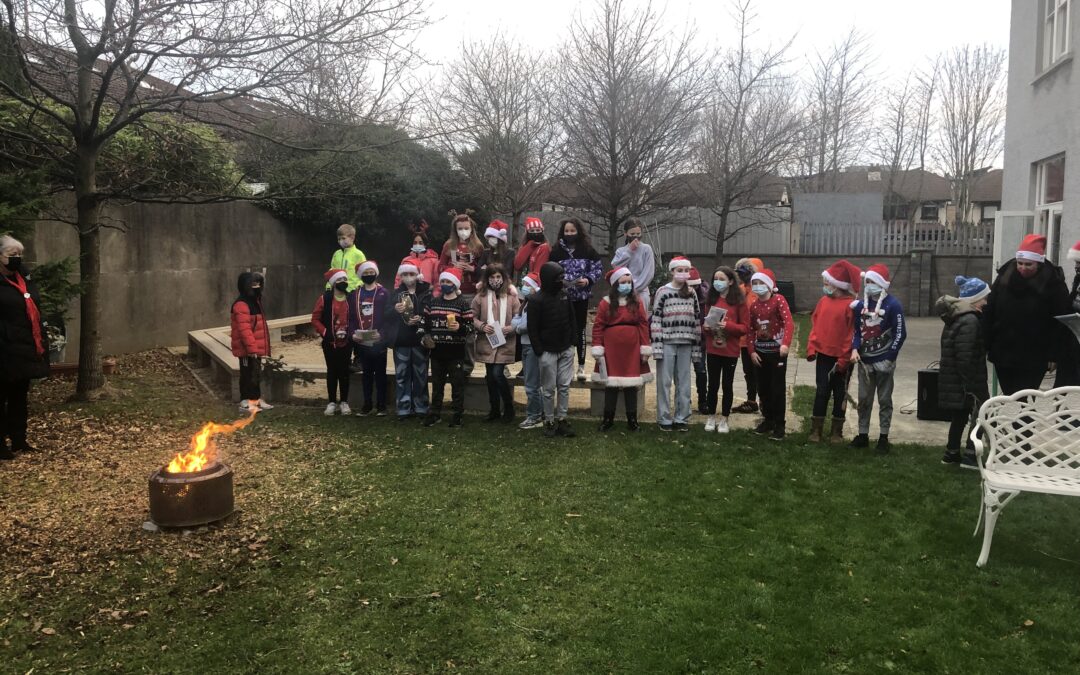 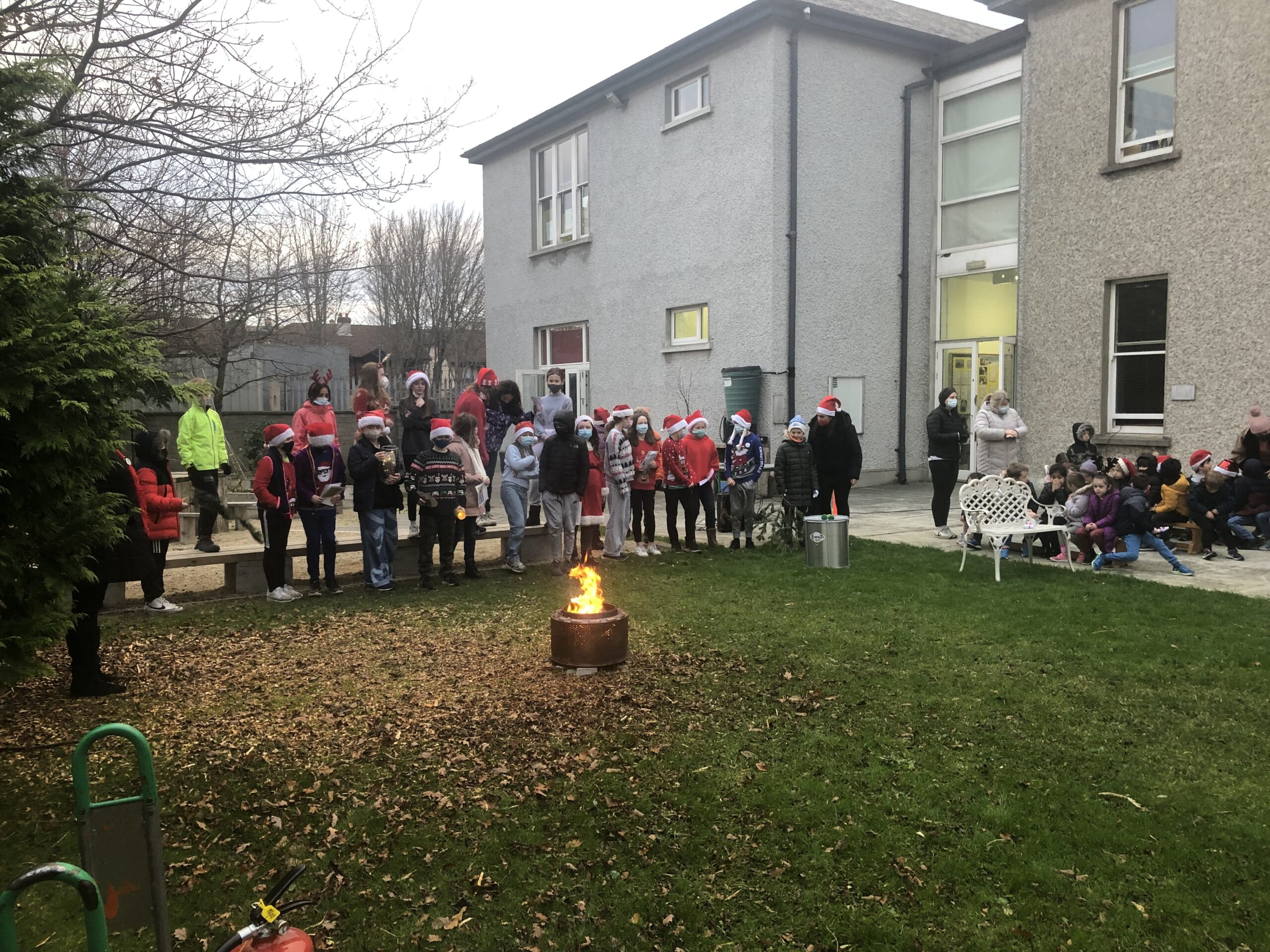 We had a wonderful Winter Solstice Celebration yesterday on 21st December in our Community Garden.  5th Class performed the ceremony with direction from Mary, Anna and Claire. They also set up the seats for the Infant classes and organised the burning of wishes for the New Year.

Maurice 🔥 lit the fire and had a fire extinguisher on hand and put the fire out after the ceremony.

Brian began the ceremony with some drumming. Following his introduction, 5th Class children spoke about the Winter Solstice, about its history and its significance in bringing hope for the coming year. They finished off with a rousting “Deck the Halls”.

Near the end of the performance a rep. from each class brought their box of scrolls to Amber from 5th. Anna called out each class in turn. Amber brought the scrolls to Maeve who put them into the fire. 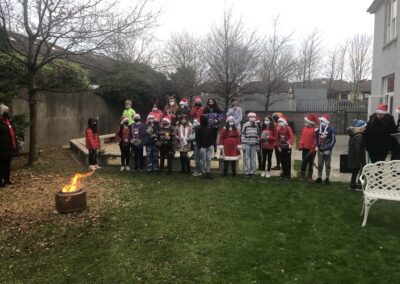 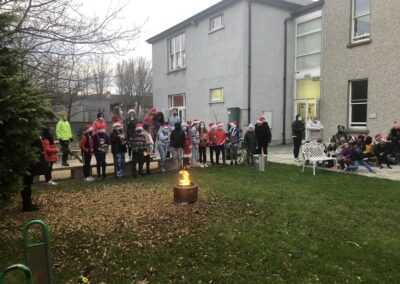 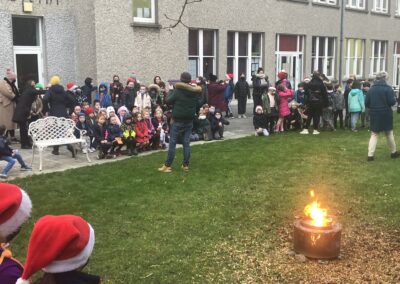 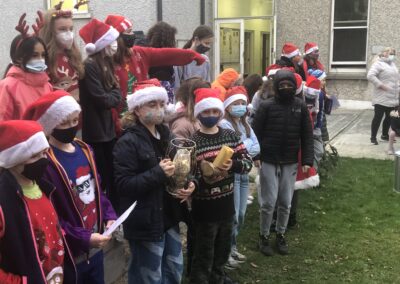